I have now finished typing up the New Park Infants log book from 1897 to 1912. Much of the missive consists of tedious figures concerning the attendance of children at the school. Linked with these are reasons for absence as if the head teacher is trying to justify to the Education Board why some children are missing. There are the usual coughs and colds, epidemics of measles, diphtheria, whooping cough and scarlet fever. Ringworm and 'dirty heads' also appear in the text! The weather played a vital role in attendances as many of the children had inadequate footwear and top clothes. By 1907 there seems to have been a scheme to provide children with these if their parents couldn't.

The list of prizewinners every year is shown. However the prizes are not for good work but good attendance, which underlines the difficulty of persuading parents of the importance of regular school attendance. I am pleased to say that two great aunts of mine, and one great uncle appear in the lists.

The visits of members of the Education Board and His Majesty's Inspectors are listed in the log and the signatures of these gentlemen (and for much of the book they are all gentlemen) as having inspected the registers appear in the book. How they knew the registers were correct I'm not sure. The first ladies on the Education Committee appear in 1904.

The steady increase in the numbers on roll can be seen with eventually three classes catered for. There are comments about the lack of space and poor conditions.

At this time the head mistress held a certificate for teaching, whilst the Probationary Teacher was in training and disappears from time to time for courses at the 'Centre' and to take examinations. In addition, uncertificated teachers were employed. Any time lost by the teachers due to illness or family problems is noted. Whilst the head teacher never makes comments about people's abilities, teachers or children, reading between the lines, one or two teachers gave cause for irritation.

An annual report by the Education Board is included in the logbook with the staff listed. I looked them up on the 1901 census. Because the census was in the Easter holidays, it wasn't possible to see where in Harrogate the teachers lived during termtime, but it did give some idea of where they came from.

The first head teacher was Charlotte Archey. She appears in the census as living and born in Knaresborough. At the beginning of 1901, she had had many weeks off due to illness and had resigned just before the census was taken. It shows her on Briggate in Knaresborough. Looking back to the 1891 census she was the daughter of a house agent living at 9 Kirkgate. She had three sisters who were all schoolteachers. Her parents were both born in Sligo. She died in Knaresborough in 1918, aged 53.

Her successor was Violet Yates. She was a Harrogate woman and lived with her father and mother and 4 younger siblings in Chatsworth Place. Her father was a plumber. Quite by chance I met a lady who was related to her by marriage and she remembers visiting her when she was retired, at her home, still on Chatsworth Place. She didn't marry, indeed it seemed unusual for teachers to do so at that time, presumably as they had to leave the teaching post when they married.

One of the assistants was one Mabel Wearing whom I cannot find at all in the 1901 census, nor for certain in the preceding ones. She appeared to take leave on many occasions and is criticised for not having her 'apparatus' ready for her lessons before the start of the day.

Laura Leeming was one of the certificated teachers who started at the school on June 11th 1901. She appears in the 1901 census, born in Lindrick, aged 24, staying with one Clara P Wynch, a headmistress (elementary) in Main St, Kirkburn & Battleburn. In 1881 she appears, aged 4, as the daughter of Edward Leeming, a farmer at Farm House near Fountains Hall. He is described as farming 100 acres with 2 labourers employed. Laura has two younger siblings. In 1891, Edward Leeming is described as at Aldfield with five children, including Laura aged 14. In the logbook, the entry for Nov 4th 1910 states:

"Miss Laura Leeming, the certificated assistant, has asked for & been granted a six month leave of absence. She is suffering from tuberculosis and entered a sanatorium last Wednesday"

"Miss Leeming (late certificated assistant) passed away on Tuesday. The children & teachers are sending a wreath"

There were two ladies called Miss A Thompson employed at the school and it isn't always clear which one the head teacher is writing about. However, the one named Miss Alice Thompson, an uncertificated assistant, gave in her notice on July 31st 1908 as she was to be married. On September 11th 1908, the entry reads:

"The teachers & scholars of the Infant Dept & Standard One presented Miss Thompson with an electro-plated teapot, sugar basin & cream jug, also a pair of silver mounted bases on the occasion of her marriage. Miss Thompson sails for Canada on September 18th."

Harking back for a moment to the register I wrote about earlier, there were quite a few children who left the town to move to Canada. It seems to have been the favourite place to emigrate to in the early 1900s.

The Education Board, later referred to as the Education Committee, seems to have been comprised of local professional men, including the still familiar names of Raworth, Butterworth and Lupton. They visited the school regularly as did the school inspectors, all listed by name.

Descriptions of the lessons given at the school are scant. There seemed to be much planting of bulbs each spring and walks out along the Skipton Road took place. Playlets commemorating the start of spring & summer were enacted with details of the costumes given. The queen's (later the king's) birthday were celebrated, together with marching with flags for Empire Day. Half day holidays were granted for the Relief of Mafeking & Ladysmith. Time off was also given for the Statute Hirings in Knaresborough at the beginning of the logbook. One presumes that these occasions were important family excursions. When the circus came to town, school was closed. One supposes that everybody went to these events, so there wasn't much point in trying to keep the school open.

The famous occasion when the first aeroplanes landed on the Stray on their way to Edinburgh from Brooklands in July 1911 is well covered in the logbook and the head teacher seemed to feel that the committee's attitude was not right:

"The local education committee could not see their way to grant a holiday."

The attendance on this day dropped to 41% unsurprisingly and some parents took their children out of school to take them to see the historic scene.

Although the transcription of this document has been at times tedious, I have been amazed at the social history which has emerged and feel my time has not been wasted. It is intended that the original document together with the registers written about earlier will be taken to the Records Office for safe keeping. 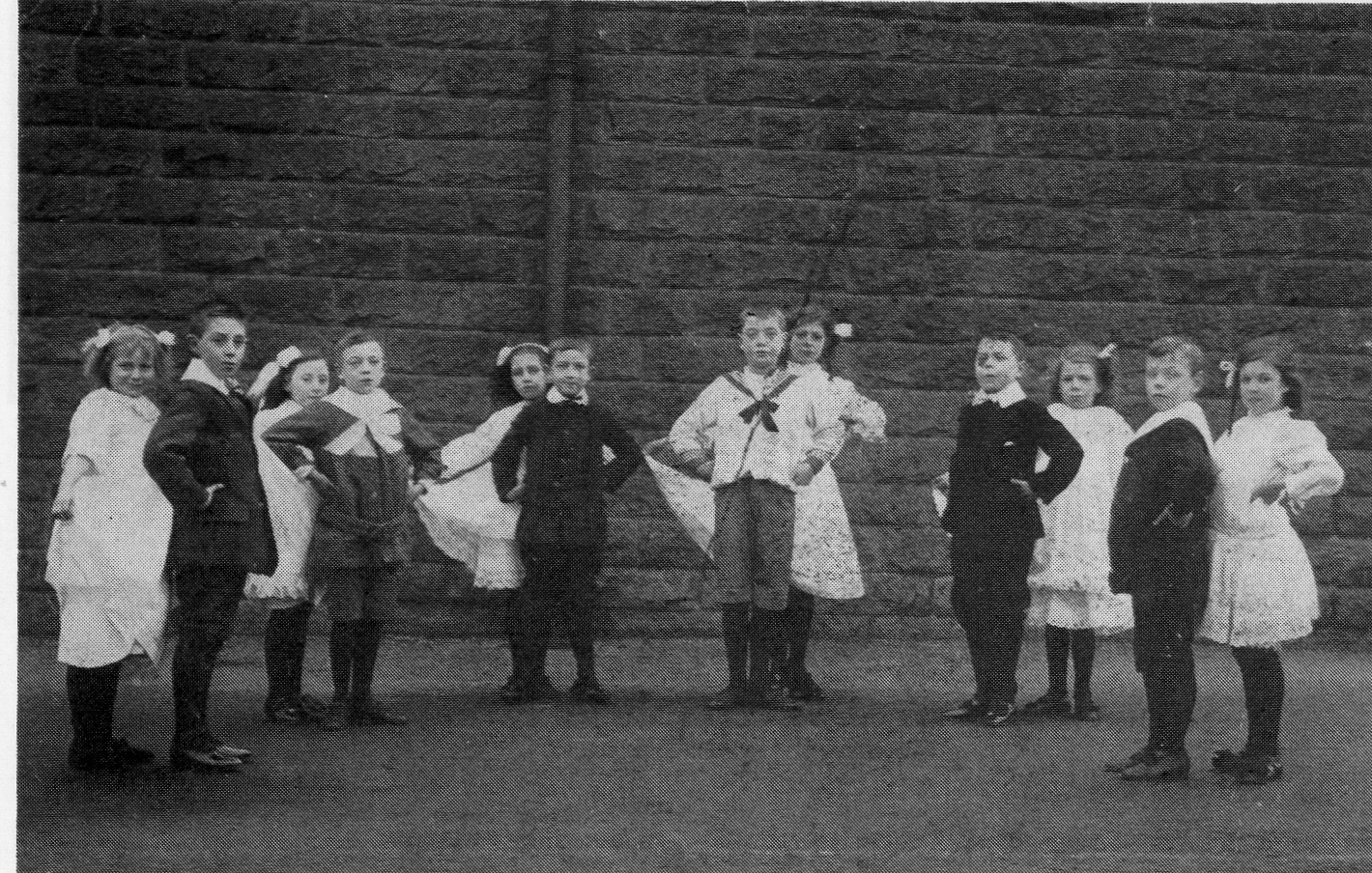 Snippets from New Park Infants Logbook was last modified: February 7th, 2018 by Web Master
This entry was posted in Our Blog. Bookmark the permalink.