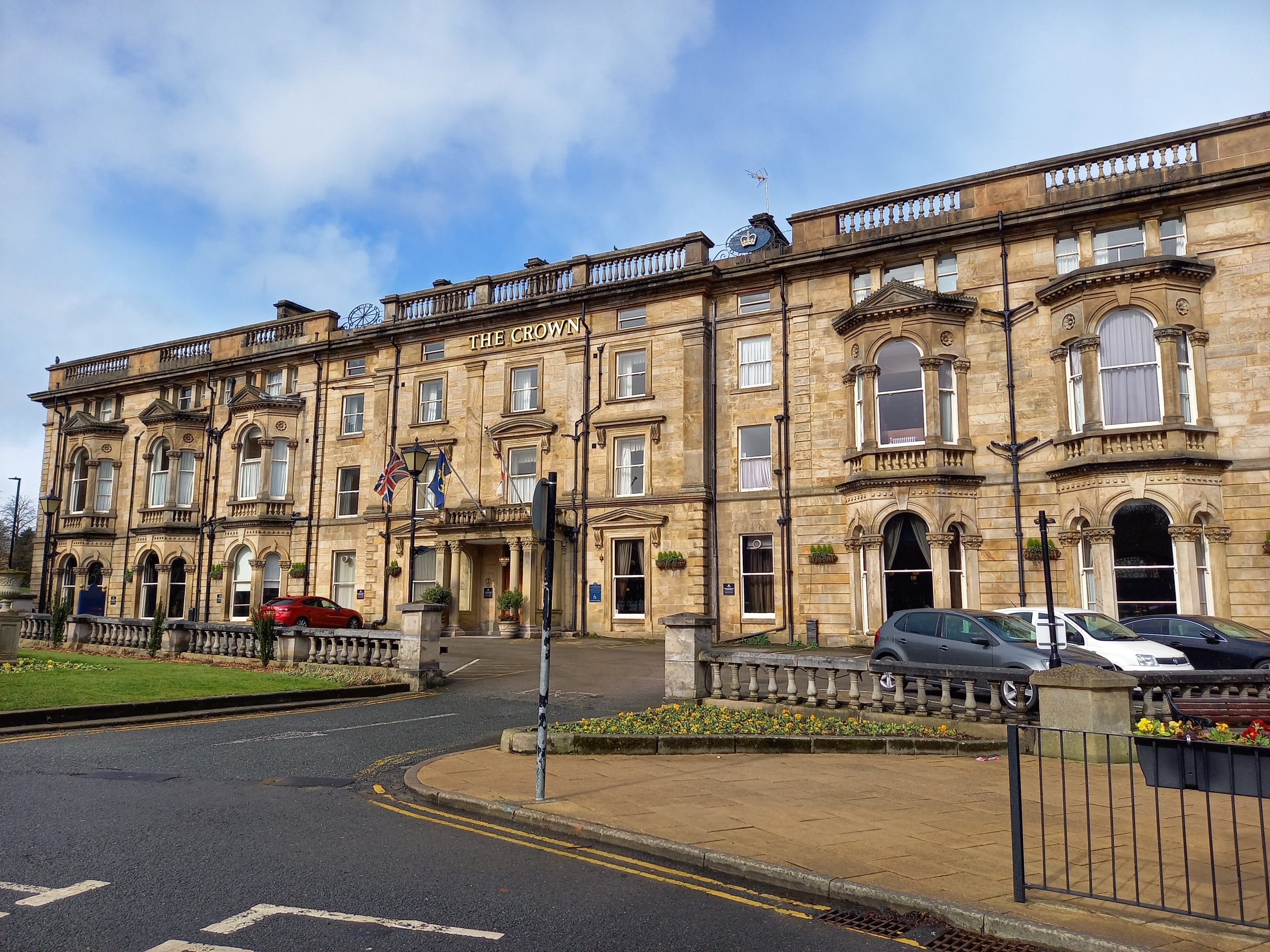 Since 1660 there have been many buildings called "The Crown". In 1847 The Crown Hotel on Crown Place had a central section rebuilt in a chaste neoclassical design. In 1870 the Crown estate ran as far as Parliament Street, was acquired by George Dawson, who employed J H Hirst of Bristol as his architect. The Crown’s Georgian wings were removed and replaced with a powerful pair of Italian Renaissance replacements which gave the building great character. George Dawson also planned a tower and new shops in Crown Place and Crescent Road, all of which were built after Dawson’s death in 1889.